Back to top
View More

Bryan Mendelson is an internationally recognised authority on facial anatomy and facial ageing. His work appears in key plastic surgery textbooks and he has written over fifty scientific papers, several of which are considered classics in their field. He has also given over one hundred presentations, including keynote lectures and master classes, to plastic surgeons around the world.

In 2015, his original research into the anatomy of facial ageing was recognised by the classic anatomy textbook, Gray's Anatomy. Importantly for patients, this research has led to the development of highly advanced surgical techniques that provide individualised surgery, tailored according to each patient's requirements. The results are subtle, natural and lasting.

As a result of his work, Dr Mendelson has been invited to perform live demonstration facelift and eyelid surgery to audiences of surgeons in many major centres, including Milan, Cologne, Barcelona, Madrid, Istanbul, Dallas, Calgary, Bangkok, Moscow and Taipei and, in March 2016, St Petersburg, as part of a three day course based exclusively on his research and techniques.

He is a past President of the International Society of Aesthetic Plastic Surgery (ISAPS) and has been a Visiting Professor at twelve surgical conferences and teaching establishments, including the Mayo Clinic in the USA. He has been extensively recognised by his peers and is visited by many surgeons every year to learn more about his techniques.

Our face is integral to our confidence and sense of wellbeing as we go about daily life.

As our visible identity, it should reflect who we are inside. But sometimes it doesn't. Facial ageing often imposes a look of tiredness, even anger, when people don't feel that way at all. Many of my patients decide to have surgery for this one reason - ridding themselves of an aspect of their face that simply doesn't reflect who they are.

The result they receive must be natural, subtle and leave no sign of any surgery. It must also provide enduring benefits that last into the future. This is where the advanced understanding of facial anatomy becomes really important. Why? Because by operating on the deeper anatomical layers, the surgeon is working on the individual requirements of that particular face. The result is surgery that is tailored for each patient, which lasts because it has addressed the source of ageing within the deeper facial anatomy. Critically, there is no stretching of the skin.

To perform this surgery, the surgeon must have the anatomical training and skills in advanced techniques. But your face and future wellbeing should only be trusted to the best available – this is no place for short cuts or quick fixes. I suggest you look at our 'Before and After' page to understand our commitment to long term, natural results.

Finally, the level of personal care you receive after your surgery will be critical to your happiness. Aesthetic facial surgery is a very personal journey – your face is your identity after all – and that is the reason we really focus on your care and wellbeing in the days and weeks after surgery. I suggest you look at our page on 'Your Journey' to learn more about this.

I hope you enjoy reading about our approach to aesthetic facial surgery, which is based on many years of experience, and I look forward to possibly meeting you one day, 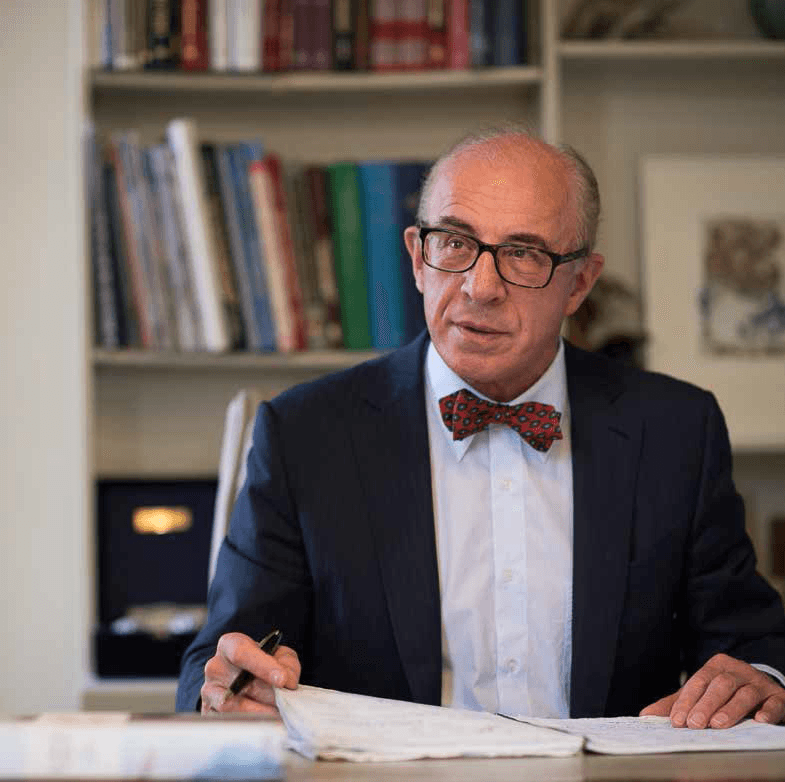 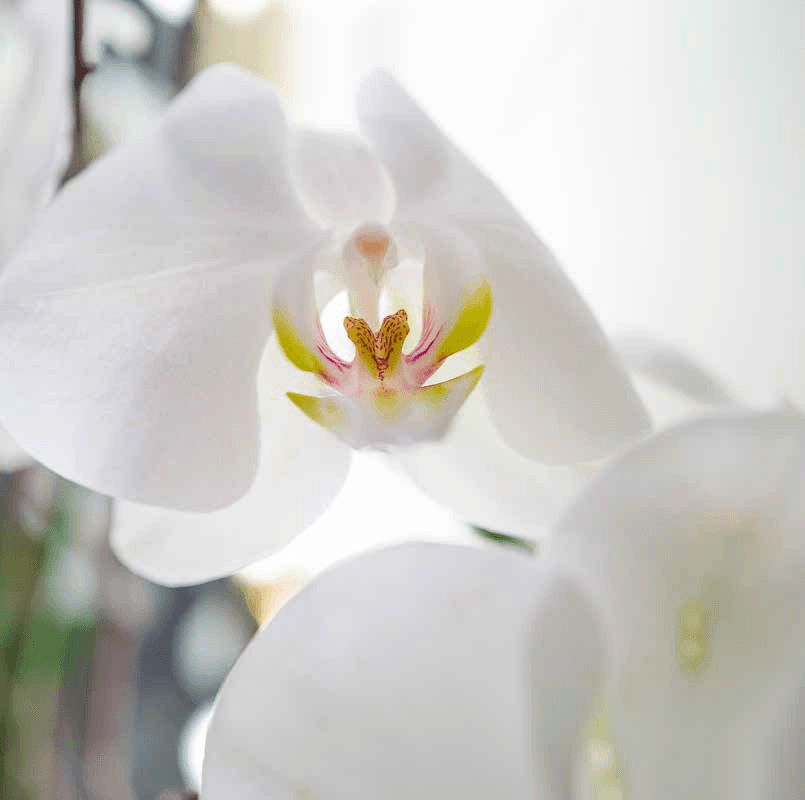 Full of amazing stories, the book spans the colourful and often controversial history of plastic surgery, from the first surgical description (600BC) to today’s most advanced procedures.

It lays bare the moving reality that plastic surgeons witness every day, as people struggle to live with a face that negatively affects their lives, whether through lack of proportion, disfigurement or the effects of ageing. As the many patient stories included in the book testify, good aesthetic surgery is about reclaiming life and living it to the full. It’s really about being human in a social world.

This is the true story of plastic surgery, shared with enthusiasm and insight from one of its most experienced and thoughtful practitioners. 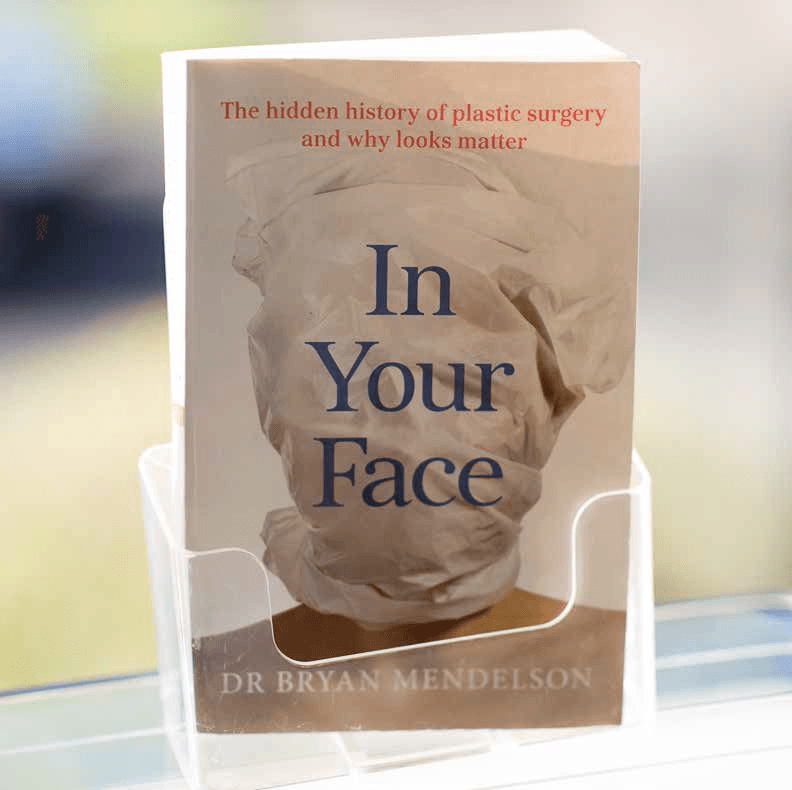 Dr Mendelson is in private practice at The Centre for Facial Plastic Surgery in Melbourne Australia. He graduated from Monash University Medical School, Melbourne, and Interned at the Alfred Hospital Melbourne. He trained in general surgery and plastic surgery at the Mayo Clinic, Rochester, Minnesota USA for six years and is certified by the American Board of Surgery and The American Board of Plastic Surgery. This was followed by a fellowship at the Institute of Reconstructive Plastic Surgery in New York under Doctors Converse, Rees and Aston.

This anatomical based approach to Aesthetic Surgery has led to numerous invitations to teach and lecture at teaching Courses and Congresses overseas. These include ISAPS Instructional Courses worldwide (12 times), at the Congresses of the American Society for Aesthetic Plastic Surgery on 10 occasions, including being awarded the Raymond Villain Award for the ‘Best Scientific Presentation by a Visiting Physician’ (4 times). He has also been Guest Professor at the Chang Gung Aesthetic Conference, Brazilian Society (2 times), Guest Professor at SOFCEP, the French Aesthetic Society (3 times), and Guest Professor of the Japanese Society of Aesthetic Plastic Surgery (3 times), as well as other societies such as the British Aesthetic Society, BAAPS and the Canadian Society as well as at renowned Instructional Courses, such as Baker and Gordon, Dallas Aesthetic Symposium, Cutting Edge Symposium, New York. Planas, Course in Barcelona, CAFTAS, Ghent.

Dr Mendelson is a Past President of ISAPS, The International Society of Aesthetic Plastic Surgery. In Australia he served on the Council of ASAPS for 6 years and delivered the Second ASAPS ORATION in 2007.

Dr Mendelson is one of the founding members and Head of the Faculty of the Melbourne Advanced Facial Anatomy Course (MAFAC). This renowned and intensive cadaver dissection teaching course, prepares surgeons to advance their understanding of facial anatomy to the level where they can comfortably and safely incorporate the benefits of recent advances into their clinical practice. The Course has been conducted on twenty three occasions in both Melbourne, Australia and at the American Society of Aesthetic Plastic Surgery Meetings in New Orleans (2019), New York (2018), San Diego (2017), Las Vegas (2016), Quebec (2015), San Francisco (2014).

The Royal Australasian College of Surgeons held the 89th Annual Scientific Congress where Dr Mendelson was presented with the 2021 Excellence in Surgery Award.

Most recently, in June on the 2021 Annual Queen’s Birthday Honours List Dr Mendelson was awarded an Order of Australia for significant service to Aesthetic Plastic Surgery, and to Medical Societies. 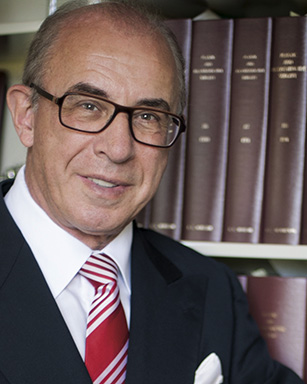 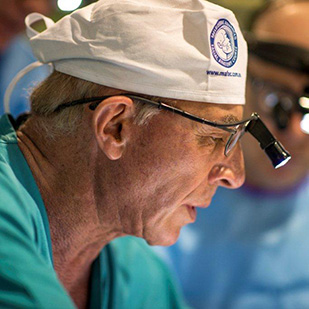 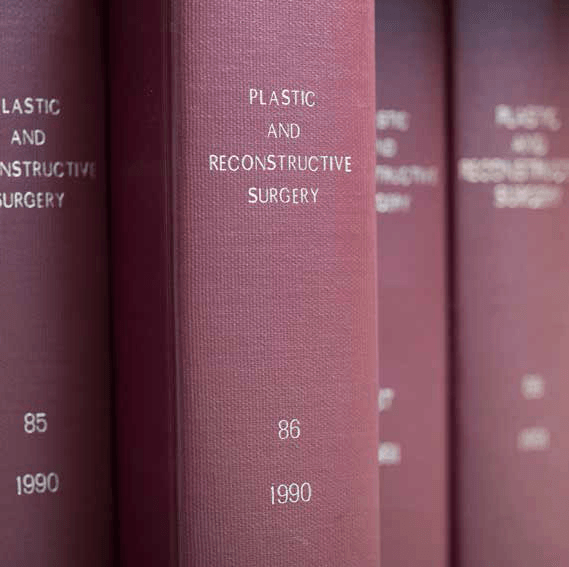 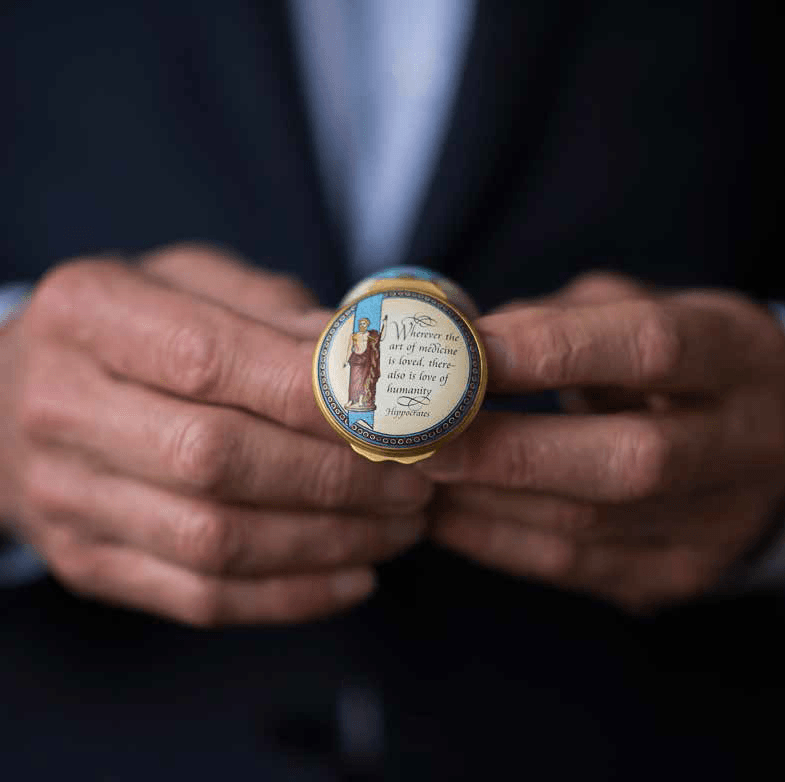 These are Bryan Mendelson’s most recent appearances for 2015 to 2019. A complete list of his appearances and scientific publications are available here. 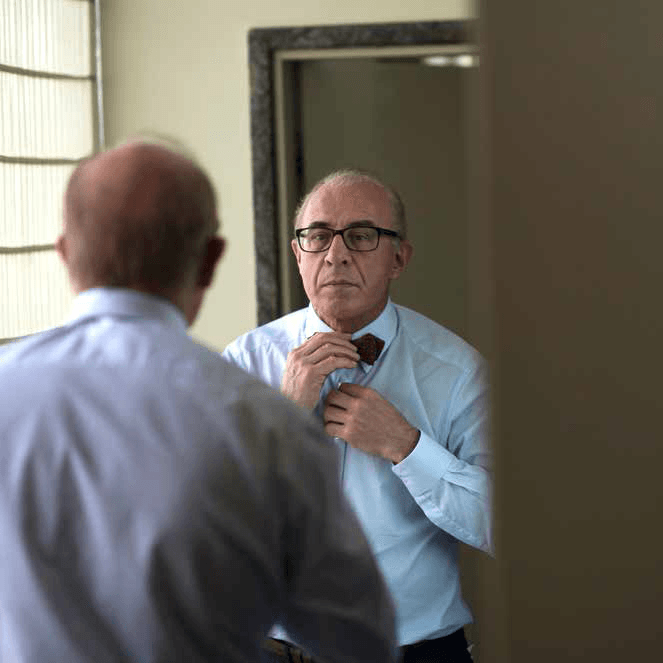 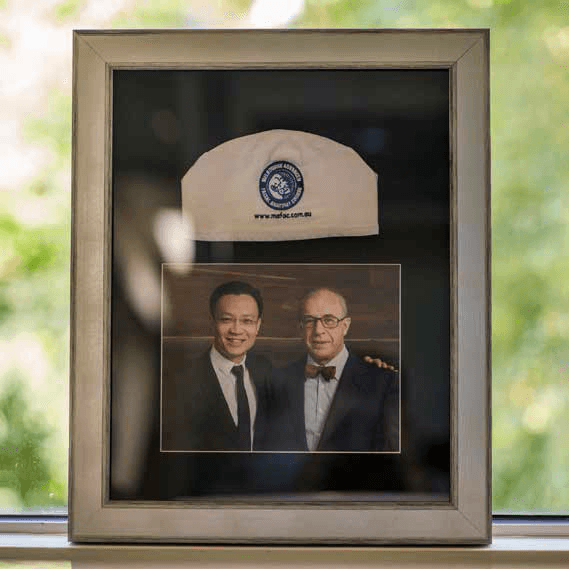 Bryan Mendelson is a past President of the International Society of Aesthetic Plastic Surgery (ISAPS), the leading professional world-wide organization for Board Certified Plastic Surgeons practicing aesthetic surgery.

Formed in 1970, it has 2,400 members drawn from over 94 countries. The ISAPS charter was signed at the United Nations.

ISAPS was created to disseminate research and scientific knowledge amongst aesthetic plastic surgeons and to promote the highest standards. Amongst its many activities, ISAPS provides ongoing educational courses and symposia for plastic surgeons, drawing on the most highly respected practitioners and instructors from around the world.

Bryan Mendelson has had a longstanding involvement with ISAPS and remains an active and contributing member. He has been Chairman of National Secretaries since 2000. 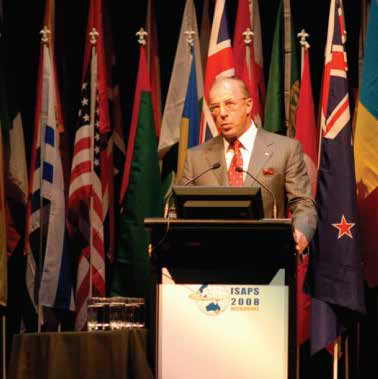 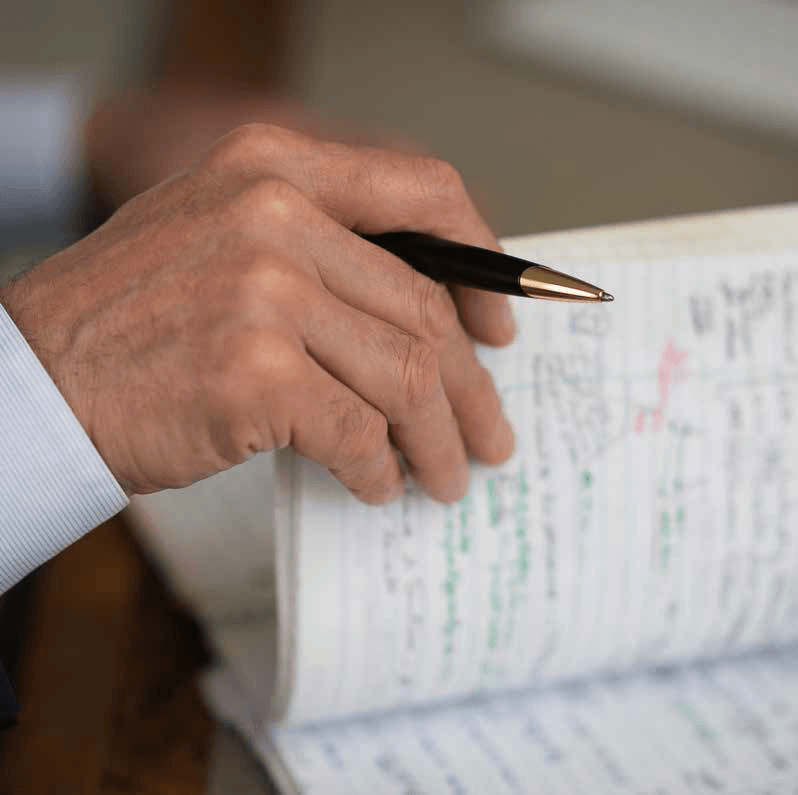